A Busy Time In Fumay

With the weather now at last showing signs of improving it was good to get over to the house again and do some of the work we need to do before we move over for the summer. 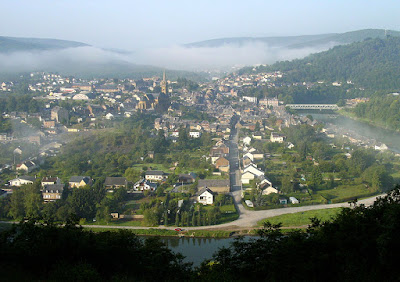 First job was planned to be getting the boiler running and serviced, sadly thats where the problems began, we had no water pressure, the taps ran but with barely a trickle and no water meant no boiler. a couple of frantic hours chasing about and problem was solved, there had been a water leak close to the house and the water had been turned off, we had consequently got a massive airlock in our system which when it finally cleared sorted the problem.

Joining us in Fumay was good friend from Holland John Meeuws, keen to have a fish as well as help out with the major project for the week it was good to have john with us and I am sure he had a great time and was certainly a big help with some of the jobs we tackled during the week, but he also managed a bit of fishing and didn't take long to catch a barbel or 2 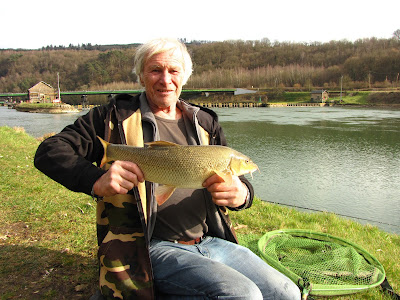 The main job for the week was to replace a wooden floor in a bedroom that had some broken joists and a resulting sag in the floor, off to the Brico Depot to get some wood and bits and pieces by Saturday afternoon we were ready to remove the old floor. the reason for the resulting floor soon became obvious, somebody in their wisdom had laid a concrete pad on top of some pretty dodgy joists which in-turn couldn't take the weight and the whole thing had dropped. the concrete took a day of blood sweat and bloody hard work to remove but once finally removed meant we could then get on with building the new frame and flooring. 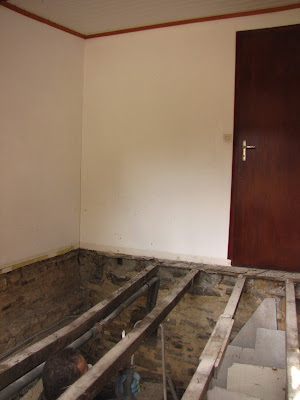 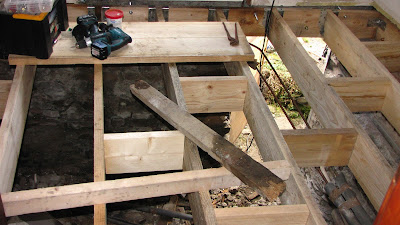 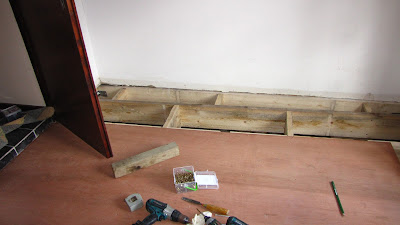 The gas tank had been inspected and needed replacing so all was in place to replace the tank and refill the gas, the only issue being the traffic had to be stopped on the road behind the house for safety reasons. all I can say is well done Butagaz, very efficient, road closed old tank out new one in and safe in less than an hour 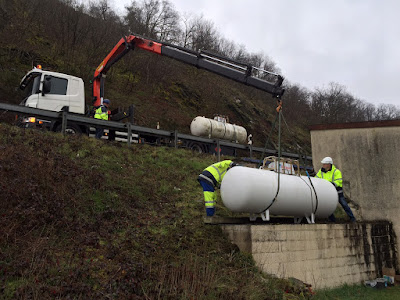 Tjitske not only kept us fed and watered but also got on well with some decorating and design duties in the guest bathroom and hallway. 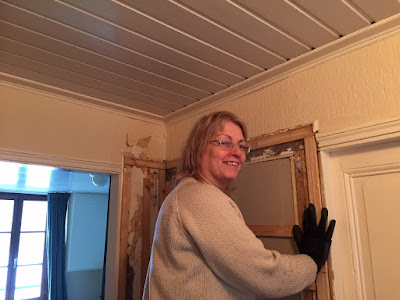 So progress is good, I will update on part 2 of last weeks adventures in the next couple of days